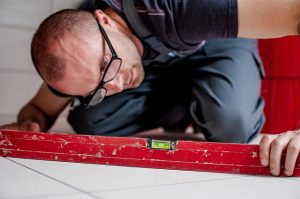 With fines of up to $63,000 per breach, mistaking an employee as a contractor can potentially kill your business.

There is no doubt that contract work is increasing in Australia. According to the 2017 Hays Salary Guide, 23 % of employers say they now regularly employ contract or temporary staff – with another 44 % employing contractors for special projects. It is estimated that there are currently about a million independent contractors working in Australia. This number represents about 9 percent of all workers in the country and has increased by 2% in the last six years.

Many businesses consider contracting to be a great solution for lower overheads and greater flexibility because resources can be hired when there is a need for them. When a contractor is employed, the employer does not have to deduct PAYG from the contractor’s income and none of the normal employee benefits such as leave and employer super guarantee or employer liabilities such as payroll tax and fringe benefits tax need to be considered.

With the number of independent contractors rising, watchdog agencies such as the Australian Taxation Office and the Fair Work Ombudsman are starting to scrutinise these agreements. It has been reported that the FWO has found cases where businesses engaged workers as independent contractors when, in reality, they were employees. These cases involved deliberate behavior that was used to gain an unfair advantage over competitors due to large underpayments to the contractors.

There are cases reported where the original arrangement started as a true contractor arrangement but over time has changed to more of an employee arrangement without anybody noticing.

What are the consequences?

If the court or the FWO determines that a person has been engaged as a contractor when they really are an employee, the employer can be prosecuted for breach of the Fair Work Act 2009. Under the Act there is a maximum fine of up to $63,000 per breach. There are other considerations too: if a business is aware of the fact that a contractor is underpaying their employees and doesn’t take it up with the contractor, then the business will also be held liable for breaking the law.

The fact that a worker has an ABN and issue invoices does not make the worker an independent contractor. The ATO website has information that will assist employers to determine whether they are employing a contractor or an employee.

More from my site

More from my site